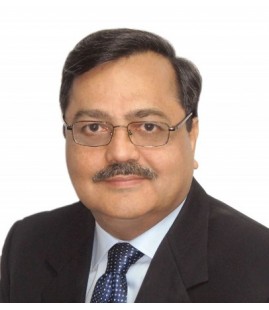 Professor Kharbanda is among the pioneers of cleft orthodontics in India and Southeast Asia and is considered a world authority in the field. He is well known for his significant contributions to clinical orthodontics, higher education, research, and for promoting cleft care. With a passion and zeal for cleft care, he underwent advanced training at Manchester, UK, as a British Commonwealth Fellow. Later, he was affiliated as a “Visiting Scholar” of the American Cleft Palate-Craniofacial Association (ACPA) at internationally renowned cleft centres at Lancaster, Philadelphia, St. Louis, Missouri, USA, and Toronto, Canada. To reduce the burden of care, he evolved innovative and cost-effective approaches to manage complex malocclusions. He is also the curator of the multicentre “India-cleft” Task Force project of the Indian Council of Medical Research; founder of India’s first Cleft and Craniofacial Orthodontic fellowship at AIIMS; and an advisor to the Rashtriya Bal Swasthya Karyakram (RBSK), Government of India.